I don't want to get political, but we are about to have a election here in Canada. The conservatives are probably going to stay in power and Harper seems to be trying to make us into "Little America". The video above is a great response to his cuts in Cultural spending. Hopefully we can get the NDP and Liberals to form a coalition government to defeat Harper. (Do you think they are that smart?)

I support the funding of Canadian arts. Do you?
at about 9:13 AM 1 comment:

An number of months ago at another blog I was in discussion with a friend about the release of Paul McCartny's new ablum and the fact that Starbucks was selling and representing Paul .

Which started me thinking about Music, how it's been produced, distrubited over the last century and how the industry keeps getting itself into a rut that it can't seem to extract itself from, but always seems to be able to slowly (at great expense to us the music buying public) reivent itself.

I like the idea of Starbucks getting into cd production, artist representation and sales. I think its a great way to get people to buy music. You buy a coffee, you see a CD, impulse buy. It's the best way to cash in on the sales cycle. Don't let the sucker think to much.

Before the turn of the century music was presented live, you either saw it in a theatre where it was performed by traveling shows, then if you liked the songs or show you would go out buy the sheet music and play it at home or at a social event. The artist wasn't as important as the song writer/sheet music company, this was where the money was made. You had things like Tin Pan Alley, the Brill Building, Broadway and the theatre district of East End London. I'm sure there are other enclaves around the world that did the same thing. Businesses where song writers would pump out lyrics and music to feed popular tastes.

Then came the gramophone (old record players), the sheet music was written, a performer was found, they recorded it, records were sold and distributed locally, not nationally or internationally (for the most part, unless you were a Caruso). On top of this the early record player/gramophone was expensive, not everyone could afford it. Recorded music was a class thing.

Then came Radio ... all of a sudden you didn't have to wait for Aunt Bessy to come over to the house and play for you or go and visit your cousin with the record player. You could turn on the radio and listen to the latest and greatest jazz/opera or popular music song that was playing at the time. Local and national music was suddenly being presented to a larger group of people at a very limited expense. (I'm not sure about the US but in Canada in those days you were supposed to purchase a radio license to listen to the radio. ( were I'm going with this is the radio license was to pay for the radio station/music and show that were being aired. (I have a old Marconi radio from the 1920's with the radio license, it still work but sounds bad, middle daughter when she was three damaged the speaker))

The sheet music companies and the musicians union hated this new fangled contraption because they felt it was taking work/money out of their pockets. So the sheet music/unions/record companies got together and put out rules on how music could be presented on radio. Once again this didn't last very long because it was cheaper to put a record on the air then to hire a band to come in and play. (If you weren't with the CBC you could even sell the airtime between the records and make money) Or you could pick up a signal from the a national network and simulcast or rebroadcast live music, radio drama's, new and information programming, at a very minimal cost to your local radio station, but it was still cheaper to put a single guy in a studio and have him play records for a few hours each day.

Radio really grew and began to ignore the rules that the Sheet Music, Record Distributors, Musicians Union, were trying to enforce. (Hey these guys were only trying to get paid .. sound familiar?).

Then came some very powerful forces, radio sponsorship of a program, national networks, and popular music. Jazz was no longer being played in the seedy dark night club by great black musicians. It was being brought to the general public by clean, nice looking white boys (sorry for being crude but its true) The big band cleaned up jazz for the general public. In the US and Canada (more so in the states, we were stuck with the CBC, but the signals drifted into Canada .. remember a electronic wave recognizes no border) national networks began to come together. So you could broadcast a show from New York that would cover the whole continent, so why not bring in a band that could attract listeners, have it sponsored by a national company and make money. This attracted attracted large audiences and as the 30's transitioned into the 40's and 50's this was how popular music was presented to the general public. A big band toured, had a sponsorship deal with a national network, did a friday/saturday night live concert, a had record deal with a national distributor and sold their records. But this didn't mean that the music/song wasn't played/recorded by a different band/artist across the world and that it wasn't sold on a different label on a regional basis. You have to remember that the artist really didn't matter at this time. A sheet music company was being paid, for the most part the songs weren't being written by the artists, they were buying or being given the music by the sheet music companies, who had a staff of writers who wrote the music. The bands arranger then took that sheet music, modified/arranged it for the band's/artist’s style.

Look, I'm not writing anything that you can't find online or at a bookstore/library.. sorry about taking up so much time to get to the point. What I am trying to say is that at one time the sheet music industry tried to stop radio because they saw it as an attack on their profits. Then the record companies fought against the Artist/Performer, because they didn't think they could make money off a musician performing there own music. Then they fought against top 40 radio because not all the artists were represented, or they complained about race radio, album oriented rock radio and boring old AOR. The music industry tried to prevent/tax recordable cassettes because you could then copy and distribute music without paying for it or it destroyed the way the artist wanted his/her music presented (Mixtapes) .

Then they fought against file sharing because of the same reasons. They have all forgotten the same small thing. A song is made popular not by a radio station/file sharing/, it’s made popular by a person who has the time and budget to buy the music and listen to that album or song.
In 2008 we have so many things that we can spend or time and money on. We want it instantly, music buyers can buy a CD for $10, a .mp3 for 99¢, a video game for $60, go to the movies for $20, buy a book for $10, go to a concert for $100, go out clubbing for whatever the cost is now (I’m to old to remember clubbing).

My first love has always been music and sound. When I was a kid I had an old Grundig FM/AM/Shortwave radio (the only way you could tune in a signal was to open the back and turn the wheel by hand. Damn the tubes got hot). I would stay up late into the night listening to music from around the world (by the way this is around '73/'74). Now, I can't play a instrument worth a damn (I'm finally willing to admit that I am to lazy to learn a instrument), but I wanted to be part of how sound is created. I first thought being a Radio announcer would be the greatest. Then after going to college for Radio I learned that with my monotone voice and dry sense of humor it would just not work for a rock jock. So I set my sights on being a Audio Engineer .. now I'm a software sales guy. But I still love music, we just have to get these idiots to realize, we will buy it they just have to make it available in the locations we are at... Starbucks is on the right track.


Click here to see what you get when you do a search for piano tabs for Blueberry Hill.

Email ThisBlogThis!Share to TwitterShare to FacebookShare to Pinterest
Labels: blues, jazz, R and B, rock 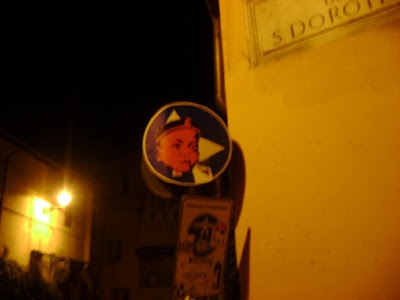 As a father of a teenager going to a all girls Catholic School, I find this song unsettling. Here I am 45 with a teenage daughter, and these old men are sing about a Little School Girl. Not gonna happen.

Great tunes, each artist does a awesome cover. I think it was origionally recorded by Sonny Boy Willimson in 1937, but I'm not sure. Give a listen, go out and buy.

This song is just great but damn does it really creep me out. I didn't know this but the video was banned by MTV in the states, I know I never saw it on MuchMusic here. But then again, I don't watch video channels much anymore I'm to old for its demographic.

Custom - Hey Mister -> {buy} watch the video on youtube .. should it have been banned?

By the way, for any future boyfriends, I have my grandfathers shot gun! Think twice.